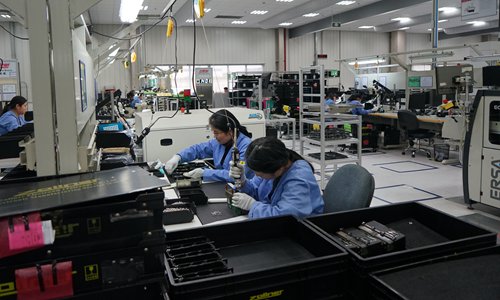 The city has become home to over 600 foreign firms. Among them, 46 are categorized as “Hidden Champions.”

Hidden Champion refers to small- and medium-sized enterprises (SME) as well as family-owned businesses that have become world leaders in their respective fields despite their diminutive size. They are rarely known among the general public, as they focus more on providing parts and services for bigger, more renowned clients.

The worldwide market changes very fast, yet China is developing at an even faster pace, Matthias Müller, managing director of the German Centre for Industry and Trade Taicang, told the Global Times at his office in Taicang, one hour drive from downtown Shanghai.

“If German companies just stay in their headquarters in Germany and can’t give quick responses or solutions to their overseas clients, they will very soon lose the market to their competitors,” Müller said. “That’s why more and more foreign companies are opening offices, factories and warehouses in China.” 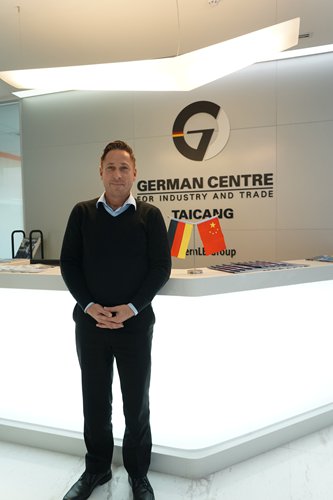 For foreign companies, especially SMEs, major Chinese cities are no longer an ideal locale to develop a business, Müller explained. Instead, fourth-tier Chinese cities such as Taicang are developing a unique model and infrastructure that is attracting more and more foreign investment.

Take the German Center as an example. Müller said that, for the same size and standard, the cost of a similar unit in Shanghai would be about six times higher than what they pay in Taicang.

Geographic advantage is also one of Taicang’s biggest perks, as it is less than 50 kilometers between downtown Shanghai to Taicang’s high-tech zone. What’s more, it is only 30 kilometers from Taicang to Anting Town of Shanghai’s suburban Jiading district.

Administrative support from the local government is another highlight. Müller described it as “very professional” and “helpful,” saying Taicang officials and German Center have developed a mutually beneficial relationship. More than 280 companies presently operating in Taicang are from Germany.

“Local officials know the German style and the German attitude,” Breslein told the Global Times. “We are very direct and straightforward in solving problems. The development zone also has German-speaking employees to support us.” 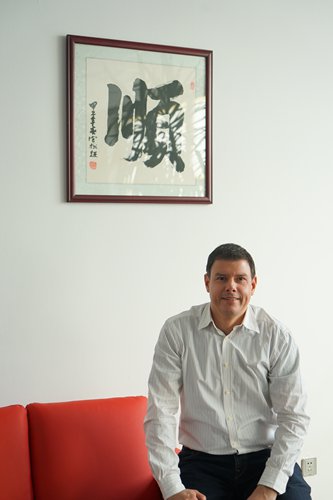 Selecting rather than attracting

“From the very beginning, when a foreign company has the intention to start a business here, we’ll dispatch a fixed colleague to follow the client. Thus, the communication is seamless and very smooth,” Yu Yingzhu, director of Investment Promotion Bureau of Taicang High-tech Industrial Development Zone, confirmed.

“Our staff not only help with the business processes for foreigners, but also lend a hand when they need personal help, such as local medical service or their children’s educational issues,” Yu told the Global Times.

Yu said that, with two new high-speed railways starting operations in 2019, Taicang will become even better connected to Shanghai and other neighboring cities.

In fact, Taicang’s popularity among foreign firms has grown so much in recent years that it has gotten to the point that local officials are now “selecting – rather than purely attracting – foreign investment,” according to Yu.

Environmental protection is a vital factor when it comes to choosing which foreign investment Taicang will allow in. “If a company cannot meet our high environmental standards, we must refuse them, no matter how big their investment or how profitable their project,” Yu told the Global Times.

Breslein explained that, for his company, “it’s no big deal in the environment issue. We already have a high code of conduct, already have very high standards. We make sensitive electronics in our plants, so we are not impacted by that.”

“German companies usually do quite well in this respect, even if some process of a certain company has pollution problems, they will curb and solve it,” Yu said.

In recent years, there have been multiple international media reports claiming that “the Chinese investment environment is worsening.”

However, Müller said such reports are written simply because negative news about China often sells well in Germany.

Müller’s personal understanding of China’s ongoing anti-corruption campaign, along with its tightening investment policies, is in fact a metaphor for “cleaning up the living room in one’s own household.”

“The Chinese government aims to provide a more transparent legal and investment environment,” Müller told the Global Times. “In the long term, it will better serve Chinese people and also better greet foreign guests. Right now the free trade zones are a good practice,” he added.

“The world shall learn from the business model of the Chinese government,” declared Breslein.

“I like very much the new plan from President Xi Jinping,” he said, referring to the development strategies announced during the recent 19th National Congress of Communist Party of China.

Breslein said he is a personal fan of Xi. “I ordered the book Xi Jinping: the Governance of China to my hometown for Christmas. I am looking forward to reading it and learning.”

“For the Chinese government’s 13th Five-year Plan, what do you find in there? Infrastructure and railway. Copy and paste, company strategy,” said Breslein.

Statistics show that Taicang’s investment is booming. “The GDP, gross value of industry output and tax revenue have all increased by two digits every year,” Yu told the Global Times.

Yu said that Taicang attaches “great importance” to vocational education and training for both local residents and youngsters from other parts of China, as talent is a key factor for its development. To learn from German experience, several dual-mode vocational training centers have been established since 2001.

The centers’ teaching faculty and textbooks are all from Germany, which guaranteed talent supply to the high-tech zone. Since 2001, nearly 10,000 students have graduated.

“In the early days, Chinese employees would switch from one job to another just to earn an extra one yuan. This has changed recently,” Müller observed. “I want our Chinese employees to be active and be part of the company, not just to take commands from the boss.”

Breslein agrees with Müller on this point. “We are one big family and one big team. You can feel the communistic roots. You are in a country where you get orders top-down…I’d like to encourage them to take on more responsibilities.”

Breslein added that “Chinese employees adapt quickly, and are very fast to implement a new project.”

When it comes to commingling Chinese and German work styles, Müller said that, “for Germans, before we make a decision, it takes a long time. Chinese will do exactly the other way around. They prefer working on projects in a hurry and make adjustments during the process. Together, these two systems – the Chinese pragmatic approach and the cautiousness of Germans – work quite well.”

“Chinese SMEs are eager and willing to keep up with the German pace in innovation and internationalization,” Yu said.

In Müller’s opinion, China has great potential in developing its own Hidden Champions thanks to the rising number of overseas returnees. “Every year, hundreds of thousands of Chinese graduates of foreign universities return to China. They come back with a world-class education to start their own businesses here.”

“These young entrepreneurs are no longer the ‘granny with a Mao suit.’ They have a totally different mindset,” he said.